You are here:  Maori » Janice Manson

Janice is of Ngāti Tama and Te Ātiawa descent.  Born in Tākaka, Golden Bay on 11 February 1942, she was the eldest child of Tahana and Audrey Ward-Holmes.

Her recollections of growing up are collected in a book about her life that forms part of a time capsule buried at Isel Museum.  A copy of this can be viewed in the reference room at Elma Turner Library.

Janice grew up on the family dairy farm as part of a close knit family with two younger siblings, John and Margaret. When her father died young, aged 54, her mother exhibited great strength and determination and held on to the family farm in Puramahoi against the odds, and was an excellent role model for Janice. Janice's brother John still lives on the farm today. In later years Janice did a post graduate paper on Mana Wahine that related to her tipuna Hūria Mātenga, the legendary heroine who assisted the shipwrecked Delaware, who was another strong role model.

Janice chose teaching as a career and went to training college in Christchurch and taught at Motupipi School after her graduation.  In 1964 she married Reginald Manson and moved to Murchison where she continued to teach in between having her three children; Rania, Keri and Leanne.  In 1977 the whānau shifted to Brightwater for Reg to work at the Waimea Dairy Company. In the 1980s, Janice was teaching at Upper Moutere School when she was headhunted by the Ministry of Education to be an itinerant teacher of Māori.  For the next fifteen years she was a resource teacher for Māori in the Nelson Region. 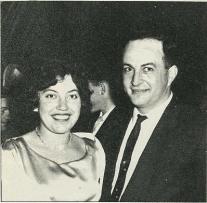 Janice became secretary of Whakatū Marae, which helped her get to know a wider community. She was eager to find out about her cultural identity, and was known for researching family history and taking photos so future generations would know more about their rich history.  These research skills were valuable when Janice was Chair of the Ngāti Tama Trust overseeing preparations for the iwi Waitangi Claims hearings.  Iwi, hapū and whānau were a large part of her life and concerns.

Janice's ability to work positively on committees and with Councils was well respected. Janice was one of the trustees on behalf of Ngāti Tama who negotiated the Resource Management Plan with Nelson City Council which is still used today. She became an iwi representative for the Department of Conservation during the 1990's and was determined that Te Waikoropupū Springs were properly protected as a wahi tapu and under kaitiakitanga Māori guardianship.

She was a committed advocate of cross-cultural partnerships and an active promoter of the arts, particularly Māori visual culture.  She was directly involved in supporting exhibitions by local Māori artists at the Suter Te Aratoi o Whakatū Art Museum, as well as the annual exhibitions of children's art based on Māori themes and designs, produced by Nelson Kaupapa Māori Arts Inc. of which Janice was a life member.

Janice was part of the rōpū which negotiated, over several years, The Treaty of Waitangi Policy between Nelson Polytechnic (now NMIT) and the eight Iwi of Te Tau Ihu. This was ground breaking at the time, since NMIT was one of only a few Polytechnics that had such an agreement (Oct 30 1997). Janice became the Māori representative on NMIT Academic Council between 10/5/1989 and 31/12/1994.

She chaired Te Rōpū Manaaki  and was a member of the Crime Prevention Unit.  She was a staunch advocate of strong, well-informed and successful development initiatives for Māori in the region.

Janice was a busy, warm and involved person, feeling deeply about people and issues and, when she died in a car accident in January 2000, she was greatly mourned by both her whānau and the many hundreds of people she touched and changed in a life cut short too soon.

The Ngāti Tama Ki Te Tau Ihu scholarship for Te Reo Māori is a legacy in her name. The Janice Manson Memorial Scholarship assisted a number of Polytechnic students in the Visual arts with their studies, such as Joshua White.

Want to find out more about the Janice Manson ? View Further Sources here.