You are here:  Your Story » Nayland College - a student's view

In 1965, the population of Nelson was growing rapidly and the city needed to expand. New residential development meant that new amenities were required, therefore Nayland College was built.

The $220,000 College was built with funding from the Ministry of Education. On February 3 1966, Nayland College was officially opened by the former Minister of Education, Mr Kinsella. 187 students found 12 classrooms ready for occupation, and work on the big assembly hall was well advanced. For the first year the college catered only for third form pupils, but as the roll grew, so also did the accommodation at the school. By 1970, the roll was up to 740, and the school enrolled 3rd – 7th formers for the first time. In 2011, Nayland College catered for approximately 1300 students, 80 of whom were international, and employed about 105 full and part time staff.

Nayland College has an excellent reputation for being “more than just a school”, and it seems to possess a special character. Many students who attend Nayland are extremely supportive of their school; they enjoy attending their classes and claim that they “wouldn’t want to go anywhere else.” But how has Nayland developed this positive morale? There are many aspects of the school which make it a place where both students and teachers truly want to be. One of these is  the way that Nayland students are treated as both individuals and equals. The teachers strive to make sure that everyone’s personal needs are met so that pupils don’t just learn, but understand and enjoy what they are learning about.

Nayland’s deputy principle in 2011, Mr Trevor Olley, thinks that the school “creates a culture of recognising its students as individuals, and works very hard on creating relationships and meeting those needs.” The expectations and values that the school tries to instil in its students is known as ‘The Nayland Way.’

The Nayland College crest was designed by Mr M. R. Smith. The shield has been quartered and each quarter contains a symbol which is significant to the Nelson region. The top left contains a sailing ship, which represents discovery, Nelsons' early settlers and Lord Nelson, after whom the area was named. The top right quarter signifies Lord Rutherford’s research of the atom. The bottom left has a pine cone, which symbolizes the wealth of Nelsons' forestry, and the bottom right corner shows a Godwit; a bird which congregates each autumn on Farewell Spit before its journey to Siberia. The school's motto, Loyalty and Honour, was chosen by the headmaster, Mr W. Kane, and both are qualities which are deeply instilled in many Nayland students.

Nayland has achieved much recognition for its outstanding qualities. In 2001, Nayland was recognised as the Goodman Fielder secondary school of the year. These annual awards are designed to celebrate and reward outstanding initiatives in education, and support schools which Goodman Fielder believes are the cornerstone of every community. One of the things that Nayland is best recognised for is its consistently outstanding performances in the annual stage challenge, winning Nelson-Marlborough stage challenge in 2006, 2007, 2009 and 2010. The Jeremy Johnson cup, rewarded to the winners of the Kahurangi/Marlborough regional schools debating championship, has been won by Nayland more than any other school in the region – four out of seven years, which is how long the championships have been in existence. 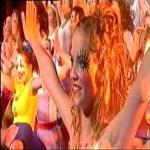 Perhaps the most iconic aspect of Nayland’s individuality is the relaxed rules regarding uniform. Students are allowed piercings, tattoos and may do as they please with their hair, whereas this could get you suspended or even expelled at most other schools. Senior students (5th-7th form) are allowed to wear mufti, with few limitations on what can be worn. This began when Nayland created a senior mufti uniform in the early days, the idea being that it would match what students would be expected to wear when they entered the workforce. Mufti was introduced to the year 13's in the late 1970’s. It then expanded to include year 12 in 1989 and finally year 11 in 2005. Year 11 was included because, when NCEA was introduced, senior students could work at multi-levels, therefore it made sense to create a junior/senior school distinction. It meant that there was no stigma when year 11 students were sitting in a level 2 or 3 level class, and vice versa. Nearly all of Nayland’s students, including myself, love the fact that they can come to school while still enjoying the comfort their own clothes. One year 12 student had this to say: “It makes me feel like more of an individual, and it makes school a place that you actually want to be when you can enjoy the comfort of your own clothing. The fact that we are allowed to wear our own clothes makes students feel more like adults because the authoritative figures are not trying to control us, which I think consequently results in a far more mature student body.”

Senior Students play a big part in the running of Nayland College and make many major decisions which greatly impact the school. They organise events such as stage challenge and the ball, and some help other students as form class assistants and peer mediators. They also contribute to a range of committees that all provide a student voice and focus. One of these committees is the Nayland Alliance of Gays and Straights, otherwise known as NAGS. This group meets once a week to converse, and share thoughts and ideas. The existence of NAGS is a shining example of how Nayland is accepting of all students, and promotes individuality and diversity. Peer mediators play an important role in the school pastoral system. They work in pairs to run mediations between students who are in conflict and connect with students on a one-on-one basis. They also go into classrooms of junior students to help new students connect and settle into Nayland.

“Nayland College is widely respected for innovation and professional leadership. We work incredibly hard to ensure students leave us as confident, adaptable contributors ready to take on the many challenges ahead. We encourage our students to be proud of whom they are and firmly believe that co-education brings out the very best in today’s young people.” Rex Smith, Principle 2011.

All of these things are merely contributing factors to what makes Nayland such a fantastic place to be a part of. Nayland College truly is more than just a school.

Want to find out more about the Nayland College - a student's view ? View Further Sources here.